You are at:Home»Travel»Voluntourism: good, bad, and sometimes even ugly
By Peter Borchert on March 6, 2017 Travel

“Be the change you wish to see in the world.”

Wanting to make the world a better place is indeed a noble ambition. One way to do this is through voluntourism – paying for the opportunity to donate your mind, time and labour to a good cause and, good grief, there are enough of them out there needing your help. Importantly though, genuine voluntourism should not just be a sort of altruistic short-term burst of energy to make you feel good about yourself.

If you really want to “be the change” as Gandhi puts it, your efforts need to be sustained in some way. Also, you need to choose carefully, voluntourism might be a niche market, but it is a big, rapidly growing niche worth some $2.8 billion a year. And when there is that much money in the kitty there are as many charlatans as there are worthies competing for it.

Video: See the work of the Dyer Island conservation Trust. Find out about volunteering.

For some while one of the large images greeting people entering the arrivals hall at Johannesburg’s O R Tambo International Airport was that of a family playing with lion cubs. Innocuous enough it would seem, inviting even, but happily the panel has been removed and replaced as the airport administrators agreed to do: “We accept that conservationists now urge tourists not to participate in the petting of young wild animals, although we had not been made aware of this at the time that the images were installed,” their press release stated.

Many people (me included) and organisations such as Blood Lions, the makers of the award-winning film of the same name, applauded this outcome. But why was the image so inappropriate and what did it have to do with voluntourism? Well, the short answer is that more often than not, captive predator breeding centres are cover organisations for the canned hunting industry – those cute little cubs grow and as they cannot be re-wilded their future is almost certainly as fodder for trophy hunters or the lion body-part industry in eastern Asia. What is more, such breeding enterprises frequently make use of unsuspecting volunteers as a source of income and cheap labour.

What is voluntourism? The notion of committed volunteers offering their labour and expertise to help the less fortunate around the world is not a new one. One could argue that Christian missionary societies were founded on this principle. Certainly organisations such as the British Red Cross gave impetus to the movement in the early 20th century, followed by formalized volunteering organizations in Australia, the Untied States and Great Britain. The real lift-off, however, came with The American Peace Corps which sprang into life in the 1960s during the Kennedy Administration.

In recent years the movement has burgeoned and there are ever-increasing opportunities, mostly via NGOs, to do volunteer work in the developing world, not only to help poor, deprived communities but also to aid wildlife conservation efforts, and increasingly across both. The majority, but certainly not all, of would-be volunteers are young gap-year takers and travel companies have been quick to seize on the profitability of linking students with opportunities to see the world and make a difference at the same time. Hence the portmanteau word “voluntourism” which the Oxford Dictionary describes as: “a form of tourism in which travellers participate in voluntary work, typically for a charity.”

Do note, though, that there is an important distinction between volunteering and voluntourism even though the terms used as synonyms. The primary commitment of the volunteer is to serve the destination charity whereas for the voluntourist the focus is more on the travel experience itself.

To understand the depth of disillusionment among young volunteers as they discover just how they have been duped you should read Lucy Stewart’s telling post “The Truth about Volunteering with Lions”. “Many volunteers go to South Africa because they want to help, they want to save lions. But instead they end up supporting one of the biggest frauds of our time,” she concludes. 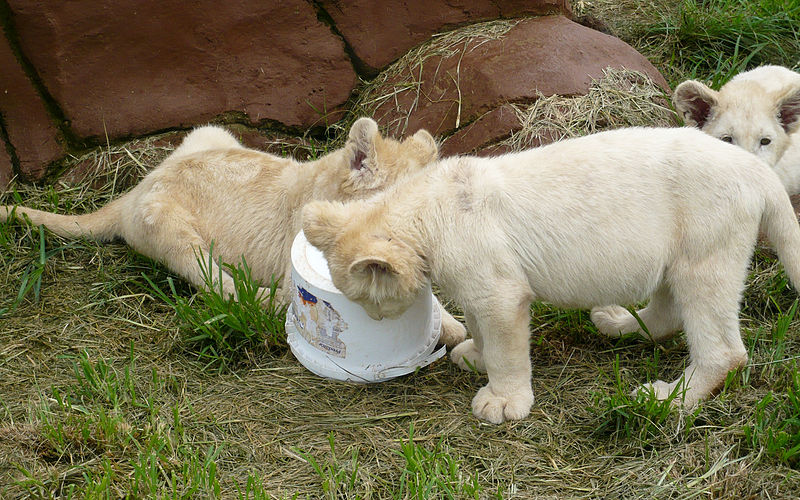 The opportunity to work with lion cubs may sound hugely appealing, but what happens to them when they get older? Make sure that your project of choice is not a front for canned trophy hunting or the trade in body parts. Ask lots of questions and make sure you are satisfied with the answers you are given.

Of course voluntourism is about a lot more than just questionable lion breeding ventures. It is not nearly as simple as that, as I almost always have to add when I write about conservation. I have read many “sneery” comments on the value of voluntourism, mostly centred on rich white kids from the developed world wanting to assuage their consciences while on an overseas jolly, but also others that dismiss the entire notion as a form of neocolonialism. I think this is unfair, unjustified and a slight against a lot of sincere, hardworking people and their organisations. Certainly I am not suggesting that voluntourism is bad. Far from it. There are any number of ethical, inspirational conservation initiatives that offer experiences where participants genuinely can make a difference. Also, there are any number of people genuinely wanting to work hard at making the world a better place. So how do you put the two together? How do you tell the good from the bad and even the ugly?

The answer is to ask questions – lots of them – and don’t be fobbed off with superficial answers. After all voluntourism doesn’t come cheap, so you owe it to yourself and the cause you feel inclined to support, to do your homework.

Since we have established that voluntourism is an industry and that large sums of money are involved, make sure you know how your contribution will be divvied up. In other words how much of it goes to the actual cost of travel – airfares, transfers, visas etc – what cut does the voluntourism agency take and, very importantly, how much ends up in the coffers of the host organization. It doesn’t end there, however, you also need to be confident that your contribution will be well spent. Transparency is the key. If you get the slightest hint that the answers to your questions sound a bit vague or evasive that is the red flag to dig deeper.

Even if all seems above board do more research. Read everything you can find on the internet about the agency and your host. Ferret around for references and testimonials from those who have done the trip before you.

Also, don’t be above questioning yourself. For example, are you satisfied that your skills are reasonably matched to the project needs. And most importantly be honest about your motives: are your intentions in the right place, or are you just doing something because it looks good, will give you some fun selfies for Facebook and Instagram, and will flesh out your CV.

For those who do have the privilege and opportunity to “voluntour”, do so with your eyes wide open. Hopefully, the experience will be wonderful, meaningful for all concerned, and lead to a lifelong commitment to bettering the world we live in.

One final challenge: as one blogger put it, if you wouldn’t trust yourself to be a volunteer in a similar project in your own country, don’t do it in someone else’s.

A lot of voluntourism information focuses on people rather than wildlife but the principles are all the same. Here are a few things to read and consider

This article was first published in Travel Africa magazine.