You are at:Home»Innovation»Smartphones make music industry sing
By Newsroom on June 19, 2014 Innovation

Forget laptops and landlines, for an increasing number of Africans access to the Internet happens via mobile phones. (Two years ago, 21 % of South Africans used their cellphones to surf; by 2017, this will have grown to 62 %.) And this is exciting news for the global music industry, which has traditionally overlooked the continent’s market potential. 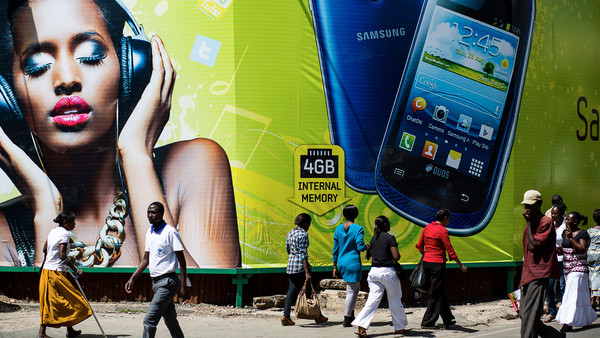 Smartphones & Africa: music to our ears.

By Lebo Mashiloane, Johannesburg, 18 Jun 2014
Growth in smartphone penetration is driving the music industry’s distribution processes away from the physical to the digital.

This is an observation made by Charles Stuart, social director for technology, information, communication and entertainment media at professional services firm PricewaterhouseCoopers (PwC).

A recently published Digital Music Report 2014 from the International Federation of Phonographic Industries (IFPI) notes that despite its huge influence on music repertoire across the globe, most countries in Africa have not historically been significant markets for the international music industry.

That is beginning to change, according to IFPI, which points out that digital technology is enabling the recording industry to effectively reach mass numbers of consumers in Africa for the first time. Across the continent, international record companies are working to establish innovative services and Africa’s economies are growing rapidly.

International services such as Deezer, iTunes, Simfy and YouTube are now also operating across the continent, adds IFPI, and while their impact is still relatively small, insiders estimate iTunes now accounts for 40% to 50% of digital revenues in SA.

The report further states that SA, the largest formal music market on the continent, saw digital music grow by 107% in 2013, representing 14% of the total market. The overall formal market was valued at $63 million by IFPI.

“Digital is a very attractive option as consumers can buy individual songs, listen to music on portable devices, access music instantly and pay less for it,” says Stuart. “In contrast, retail spending on digital music will increase at an estimated 7.8% in the next five years. The gains made by digital retailers will fall short of compensating for the physical declines.”

Although growing rapidly in recent years, Stuart notes that low broadband penetration limits digital spending, adding that only 13% of the country’s households had a fixed broadband connection in 2012. This is significantly below the penetration rate in Western Europe and also below the average of 15% across the Middle East region, he says.

“However, access to mobile Internet in SA is becoming more significant than access to fixed broadband and will also grow dramatically. In 2012, 21% of the country’s population had mobile Internet access, and this is estimated to rise to 62% by 2017, creating a greater opportunity for music services delivered on handsets.”

“In early 2013, the Recording Industry of SA’s (RISA) anti-piracy unit shut down music sharing site KasiMP3, which was found to be facilitating unauthorised file sharing. According to RISA, KasiMP3 offered more than 1.2 million downloads at its peak and was funded by advertising,” he says. “Although the site was intended for legitimate music distribution, users were able to upload any content, regardless of its copyright use.”

He points out that the best opportunity to generate digital music revenue in Africa is for services to make use of consumers’ interest in all things mobile.

“Rising smartphone adoption means that there are real opportunities for mobile services to extend to more sophisticated offerings such as subscription-streaming services. Wireless network upgrades, growth in mobile penetration and the growing proliferation of tablets should make SA an attractive market for streaming services in the coming years,” he concludes.