You are at:Home»Innovation»Meeting the food challenge in South Africa
By Newsroom on April 9, 2015 Innovation

The challenges of feeding South Africa’s growing population in a climate-altered, resource-constrained future are significant. Yet, we do not have to be victims of an inevitable crisis, says a new WWF -SA report on the topic. 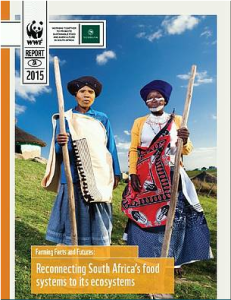 Farming Facts and Futures, released by WWF South Africa in partnership with Nedbank in Braamfontein today, provides a snapshot of the current the agricultural context in South Africa. The report unpacks the status of the country’s natural resources – the soil and land, biodiversity, water and energy sources – and highlights how these resources are likely to be affected by a changing climate which is expected to redraw the agricultural map of the world in terms of what can be grown, where and when.

Inge Kotze, a Programme Manager at WWF comments: “Now is the time to celebrate and support the role of the farmer in South Africa. Our farmers are the key custodians of our natural systems and freshwater resources. However, we are dependent on a food production system that is affected by, but also contributes to, resource depletion and climate change. Many of the solutions to live within these constraints are found in this sector.

“We can feed our growing population and support a vibrant food economy through better current production, rather than just increased production, by managing our current food waste, making more informed food choices and supporting farmers who are implementing sound farming practices.

“We are often not aware that our daily food choices connect us very directly to the current state of the planet. Our food choices as consumers impact significantly on water, land and energy resources. Food demand and future consumption patterns will play a key role in determining the future health of our planet. We all have a direct and active role to play in creating a sustainable, equitable food system that can benefit both current and future generations.” 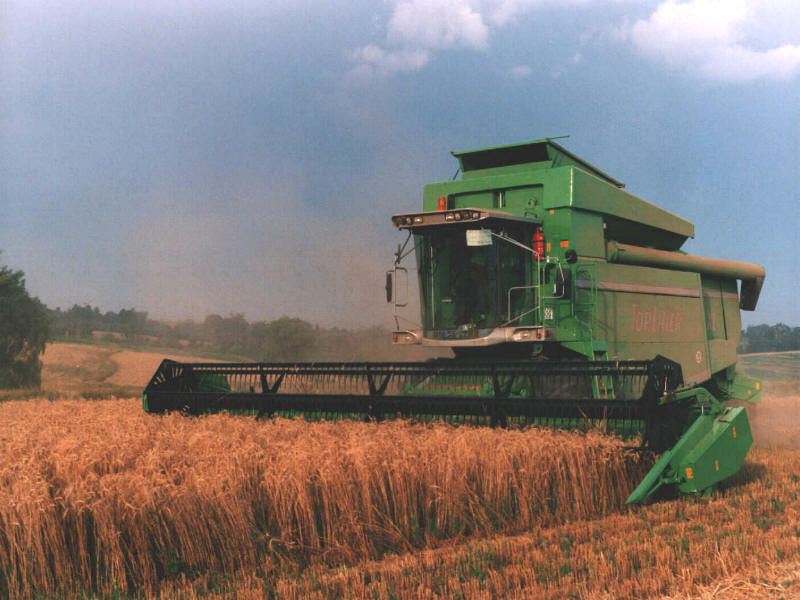 In the South African context, the agricultural sector is a critical stakeholder in the management of our natural resources, with 80% of the land surface owned by agriculture (including small-scale farmers, emerging farmers and commercial farmers). Photograph: Combine Harvester by Walter Wölfel / Wikimedia Commons.

Brigitte Burnett, Head of Sustainability at Nedbank, says that the agriculture sector in South Africa is at a pivotal point in its history. “Nedbank chose to participate in this report because of the valuable insight it provides to our agricultural sector clients and because water, land and energy are such vital cogs within our economy.”

According to the Farming Facts and Futures report, South Africa’s agriculture sector is at a significant crossroads, facing numerous challenges that all need to be resolved concurrently. Increasing resource limitations include depleted soils and over-extracted and polluted water reserves. 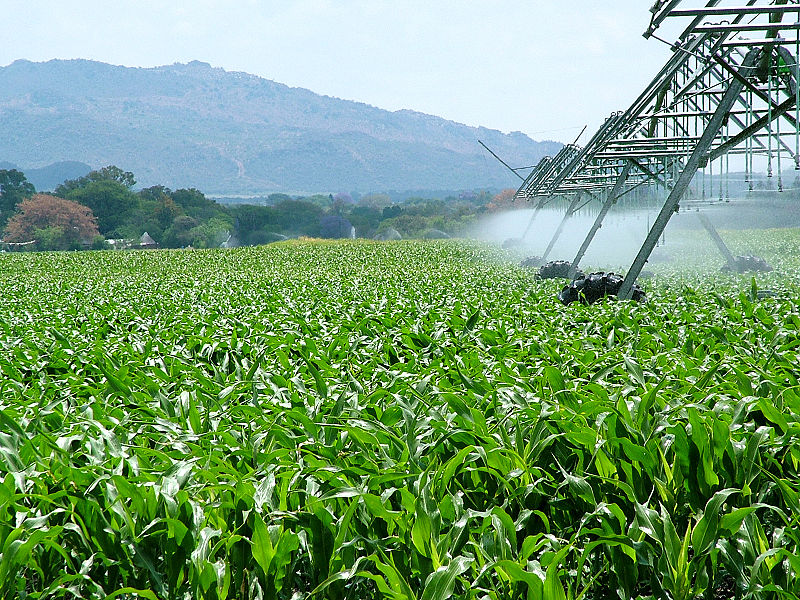 In addition to the limitations of a highly constrained resource base, the numerous proposed policy shifts, focused on land issues, including new recommendations for land reform and redistribution aimed at readdressing the injustices of the apartheid system, add to the heightened sense of uncertainty. South Africa’s economic growth and development will increasingly be based on trade-offs between the competing sectors (mining, urban, industrial, energy and agriculture) for access to limited and constrained resource base. This includes increasing competition between these sectors for limited available water, land and energy resources.

In an effort to address these challenges, WWF South Africa, in partnership with Nedbank, has developed a Sustainable Agriculture Programme. The programme works in collaboration with the agricultural sector and other key stakeholders to effectively maintain healthy, functioning ecosystems within our farmlands through the development and implementation of sustainable production practices.

Sustainable farming requires the use of farming methods that can strike a balance between the social and economic needs of an equitable and just society, whilst ensuring the security of the natural resource base and, the protection of the long-term productivity of the land. 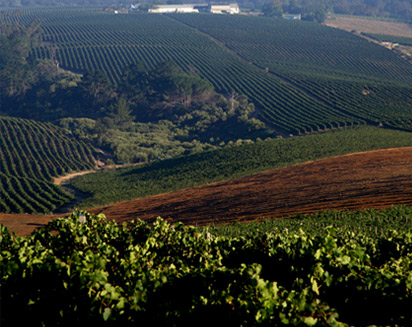 Alto Wine Estate in the Western Cape. Alto is a a member of the WWF Biodiversity & Wine Innitiative © Alto website

WWF and its numerous partners in agriculture have already demonstrated good examples of improved land use planning, better production and responsible farming practices. This includes agro-ecological partnerships within the fruit, barley, dairy, beef, sugar and wine industries. These initiatives are championed by forward thinking and committed farmers in partnership with WWF and key markets.

WWF continues to advocate for environmental sustainability to become a pre competitive issue requiring a united and collective effort, with less competition and greater collaboration and information sharing between companies.

Government should implement transparent decision-making based on integrated land use and resource planning and management. This includes the need for explicit mapping of the spatial resource trade-offs and opportunities created by competing needs for food, water and energy from a limited resource base. The report also calls for strengthened extension support services, research and technology transfer and greatly improved monitoring and enforcement of resource uses.